SKYRACE COMAPEDROSA: THE ESSENCE OF SKYRUNNING


To speak of a race that overcomes a positive elevation gain of 2,300 metres in just 21 kilometres, starting from a town – in this case, Arinsal in La Massana (Andorra) – before heading up to the highest point – in this event the summit of Comapedrosa, the crown of Andorra, at 2,942 metres – along the most natural route whilst crossing high-mountain crests, peaks and lagoons is to speak of the true essence of skyrunning, something that is increasingly hard to find. However, the Skyrace Comapedrosa is an prime example of the mountain racing discipline and long may it be so for many years to come.

For the 2019 edition, day broke in the Country of the Pyrenees with clear skies and perfect temperatures for the roughly 1,000 runners who were able to soak up the warm atmosphere that permeated through the streets of Arinsal and its mountains on the last weekend of July.

The large crowds that had gathered at the most spectacular points along the course witnessed the command, from the first few meters, of an in-form Jan Margarit, who was proclaimed winner with a time not far off the record set at the last edition by Kilian Jornet. This year, Salomon's young runner stopped the clock at 2:36:32. He was followed on the finish line by Evgeny Markov (02:37:52), Rok Bratina (02:39:42), Pere Rullán (02:42:39) and Théo Detienne (02:44:38). Right behind them, in sixth position, was the highest-placed Andorran, Marc Casal Mir.

‘I feel something special for this competition. I consider it practically my home race. The most important thing today was to take part. Everything went according to plan. I managed to open up a gap before overcoming the first climb and from there I kept my pace knowing that the climb up to Comapedrosa and its subsequent technical descent were going to really put me to the test’, said Jan Margarit at the finish line.

The female category was dominated from beginning to end by the Catalan runner Sheila Avilés who entered the streets of Arinsal with a big advantage over her pursuers with a time of 03:01:38. Behind her were Ester Casajuana (03:16:35), Claùdia Sabata (03:19:30), Julia Font (03:20:03) and the Swede Sanna El Kott (03:23:30). The highest-placed Andorran female runner was Inma Parrilla.

Sheila Avilés continues to be in spectacular form; with this victory, and those achieved in recent weeks at the BUFF® Epic Trail and the Livigno Skymarathon, she takes the lead of the World Cup of the SKYRUNNER® World Series. ‘I knew that if I won I would be the leader of the World Cup. I did the race as planned, opening up a gap from the beginning, so that I could tackle the tough last few kilometres. I'm really happy’, she said.

Yesterday, more than 200 children from six to 16 years old – the future of skyrunning – were able to follow in the footsteps of their idols in competitions of different distances as part of the Catalonia Kids Cup.

The next edition of the Skyrace Comapedrosa, an event that all those who love the essence of skyrunning should attend at least once in their lives, is next up. 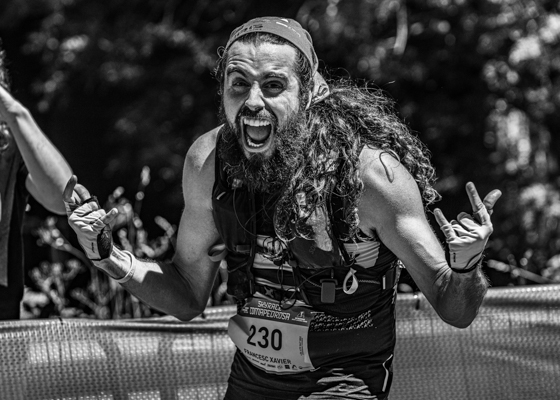 SKYRACE COMAPEDROSA: THE ESSENCE OF SKYRUNNING

On the coming 28 July, La Massana will host the Skyrace Comapedrosa, which is part of the Migu Run Skyrunner® World Series